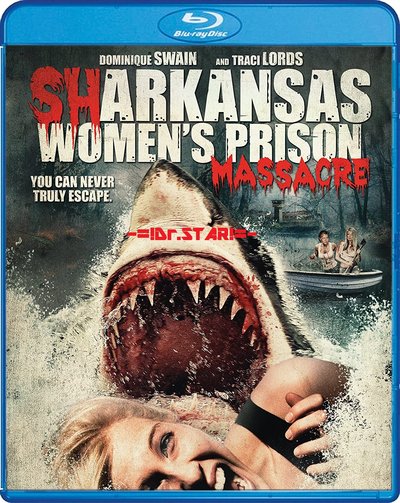 Director: Jim WynorskiWriters: Jim Wynorski, William DeverStars: Dominique Swain, Traci Lords, Christine NguyenSummary: Human greed and a rapacious local fracking company fracture a subterranean water pocket in Arkansas, releasing deadly amphibious sharks from the depths of prehistory. Now, an unsuspecting group of female prisoners on work detail and their guards find themselves up against the voracious apex predators that infest the broad Arkansas bayou, and absolutely no one is safe. These blood-thirsty sharks rule the swamps. Who shall live and who shall die in the Sharkansas women's prison massacre? Written by Nick Riganas